The BIODEV2030 launch event gathered stakeholders from government, private sector, civil society organisations, conservation NGOs and business organisations in Suva. Officiating the launch, Permanent Secretary for the Ministry of Waterways and Environment Mr Joshua Wycliffe stressed “The only way we can [preserve the health of the ecosystems] is through unprecedented action”. “Mainstreaming also means cross-sectoral. When we implement things cross-sectorally, it multiplies the speed at which we intervene”, he continued.

Fiji is an archipelago comprised of over 332 islands located in the Western Pacific Ocean. The two main islands, Viti Levu and Vanua Levu, account for 85% of the total landmass and are inhabited by more than 90% of the total population. Around 56% of the land is occupied by forests and 23% by agriculture. Fiji has a tropical maritime climate with highly variable rainfall, a wet season from November to April and a dry season from May to October. The country falls within the Polynesia-Micronesia biodiversity hotspot, which is one of the 36 biodiversity hotspots in the world.  Much of Fiji’s biodiversity is unique to Fiji: Fifty per cent or more of Fiji’s plants and birds, over 90% of some insect groups, such as cicadas and marine insects, are all endemic. The total number of vascular plants known is approximately 2,600, of which 1,600 are native.

Fiji also has an extensive and high diversity of marine habitats, including estuaries, sea grass, macro-algal assemblages, protected and exposed soft shores, lagoons, coral reefs and slopes. In particular, the country has the third largest area of mangrove within the Pacific Island region (517 sq km). Researchers have so far identified over 2,000 species of fish, over 1,000 marine invertebrates and approximately 1,000 coral reefs. While many of these species are widespread throughout the Pacific region, resulting in relatively low endemism, they form a significant component of Fiji’s national biodiversity and an important resource for local communities, threatened by the overexploitation of the resource and agricultural and forestry effluents.

Almost half of Fiji’s total area remains forested, while dry grasslands are found in western areas of the large islands. Forest coverage has been increasing in recent decades with the development of plantations. The total hectares of forest consist of 526,453 ha of native forest, 76,171 ha of pine forest and 54,000 ha of mahogany forest. The rate of conversion of diverse natural forests into exotic mono-species plantations and for other agriculture use needs to be monitored and regulated, with greater attention paid to the role of natural forest cover in the protection of watersheds, streams, soil resources, and biodiversity. The loss, reduction of quality, and fragmentation of the native forest habitats due to anthropogenic activities represents a major threat for Fiji’s endemic biodiversity.

assessed among which 431 endemics

According to available data, threat abatement offers a potential to reduce the species extinction risks that is at least 3 times higher than habitat restoration. However there remain considerable benefits in combining threat abatement with targeted restoration projects at the local scale to reduce biodiversity loss.

Invasive species, habitat modification, logging and agriculture accelerate the loss, reduction of quality, and fragmentation of the native forest habitat. Actions to reduce these threats would benefit the survival of endemic species. Overfishing,  commercial coastal development and pollution need to be addressed to preserve marine biodiversity. 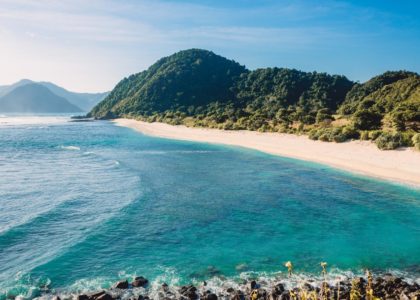