The first national workshop was an opportunity to present the objectives of BIODEV2030 to a large audience of Ministries, private sector and civil society actors. The meeting was introduced by Mrs Guilhermina Amurane, National Director for the Environment, who highlighted the  importance of the BIODEV2030 project in supporting the country to achieve its goals in biodiversity conservation through greater involvement of economic sectors. The participants then  discussed the findings of the biodiversity threat assessment and the sectors to be prioritized in the next stages of the project.

Located in the southeastern seaboard of Africa, Mozambique lies largely within the tropics, and much of the coastline is subject to the regular seasonal influence of the Indian Ocean monsoon rains. The interior of Mozambique, characterized by mountains, culminates at Monte Binga in Chimanimani, Manica Province and its 2436 meters. Divided in 14 ecoregions, the country possesses three biodiversity hotspots: the Coastal Forests of Eastern Africa, the Maputaland-Pondoland-Albany and the Eastern Afromontane. With over 100 river basins and groundwater, Mozambique has abundant water resources. In addition, the Zambezian Coastal Flooded Savannah is an eco-region unique to Mozambique. According to national estimates, Mozambique is home to about 5,500 species of flora and 4,271 species of terrestrial wildlife, of which 72% are insects, 17% birds, 5% mammals and 4% reptiles, among which a number are endemic. The richness of Mozambique’s biodiversity is attested by the 29 Key Biodiversity Areas (terrestrial and marine) identified and validated on the territory.

The 2,700 km long coastline is characterized by plains, where coral reefs, mangroves and seagrass meadows represent the most important marine and coastal habitats. 17 marine fish are considered endemic to Mozambique. Notable species recorded along the coasts of the country  include the dugong, 7 species of dolphin, humpback whales, 77 hermatypic species of coral and 5 species of turtle, all of which contribute significantly to tourism. The coastline is home to three deep seaports in the cities of Nacala (north), Beira (centre) and Maputo (south) which are strategic for regional trade and development.

The benefits and ecosystem services arising from biodiversity in Mozambique include the provision of timber for firewood, furniture, etc., water supply/purification, soil fertility and flood protection. In addition, most of the important traditional and modern medicines within Mozambique are derived from wild plants, animals, fungi and bacteria. With an economy predominantly based on agriculture, which employs 70% of the population, the greatest environmental challenges are the search for environmentally sustainable solutions to the impacts resulting from anthropogenic actions, which include land degradation, soil erosion, soil fertility reduction, deforestation, wetland degradation, biodiversity overexploitation and pollution. The sustainable use of aquatic resources which are critical for livelihoods is also a challenge.

assessed among which 291 endemics

Threat abatement offers a higher potential to reduce the species extinction risks than habitat restoration, particularly in key biodiversity areas. Non-timber commercial crops present the highest potential of threat abatement for terrestrial species, while provinces rich in diverse mineral resources are also exposed to the impacts of the extractive industry.

Marine and aquatic species are vulnerable to overfishing and other changes of habitat due to mining: Actions to avoid, reduce or mitigate such threats would benefit ecosystems and the Mozambican people, who often depend on fish as a source of protein. 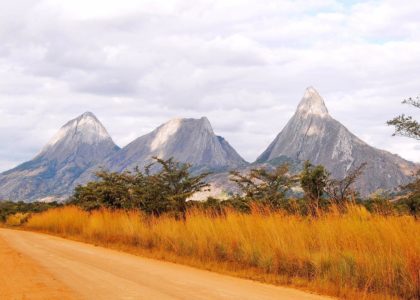