The Maringa Hotel in Kindia

The national kick-off workshop for the BIODEV2030 project brought together 66 participants to present and confirm the diagnosis of threats to biodiversity in Guinea. In his welcome address, the Director of the Cabinet of the Governorate of Kindia emphasised the need to address the challenges of biodiversity conservation through an in-depth analysis of the threats and economic sectors affecting biodiversity, in order to provide solutions.

More about the BIODEV2030 national workshop in Guinea

The Republic of Guinea comprises four natural regions, each with its own distinct characteristics. Lower Guinea, or Guinea Maritime, Middle Guinea, made up of mountain ranges, Upper Guinea, which includes the upper basin of the Niger River and its main tributaries, and Forest Guinea in the southeast. The country has a tropical climate, with two alternating seasons (dry and rainy), whose duration varies from region to region. With a dense hydrographic network of over 1,100 rivers in 23 river basins, 14 of which are international, Guinea is also known as the “Water tower of West Africa”.

Guinea is home to numerous terrestrial ecosystems such as mountains, dense rainforests, dense dry forests, rich in biodiversity but fragile, as well as savannahs, forest plantations and, agrosystems. Guinea also offers prime shelters for a unique biodiversity in West Africa, notably in its relic rainforests classified as high biodiversity areas (hotspot). The Guinean dense dry forest, which covers the northern half of Guinea with the exception of Fouta-Djalon, is affected by bushfires and land clearing, and contains what is undoubtedly the richest mammalian fauna in the country, with animals such as lions, panthers, antelopes, deer, agoutis, hares, etc.

Illegal harvesting and unsustainable exploitation of resources in general, as well as unsustainable agricultural systems and practices (slash-and-burn) in particular, create significant environmental pressures. Water resources are threatened by pollution due to urbanisation, industry, waste production, and agriculture, leading to reduced flows and silting of riverbeds. Uncontrolled exploitation of forests and mangroves is leading to a decline in vegetation cover and loss of biodiversity. In addition, industrial and small-scale mining are also contributing to air, soil and water pollution, degrading the Guinean landscape. Illiteracy, pressure from population growth, and the political and economic context are other factors in the loss of biodiversity identified by the country.

assessed 128 of which are endemic

Reducing anthropogenic threats has four times the potential of biodiversity restoration when it comes to reducing the risk of species extinction in Guinea.

Actions to reduce over-exploitation of resources and to make agricultural, forestry, mining and fishery systems sustainable are therefore a top priority. 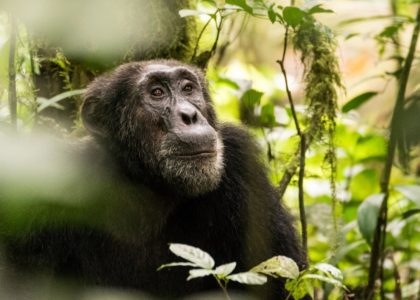